Different Types of Pistols in Albuquerque 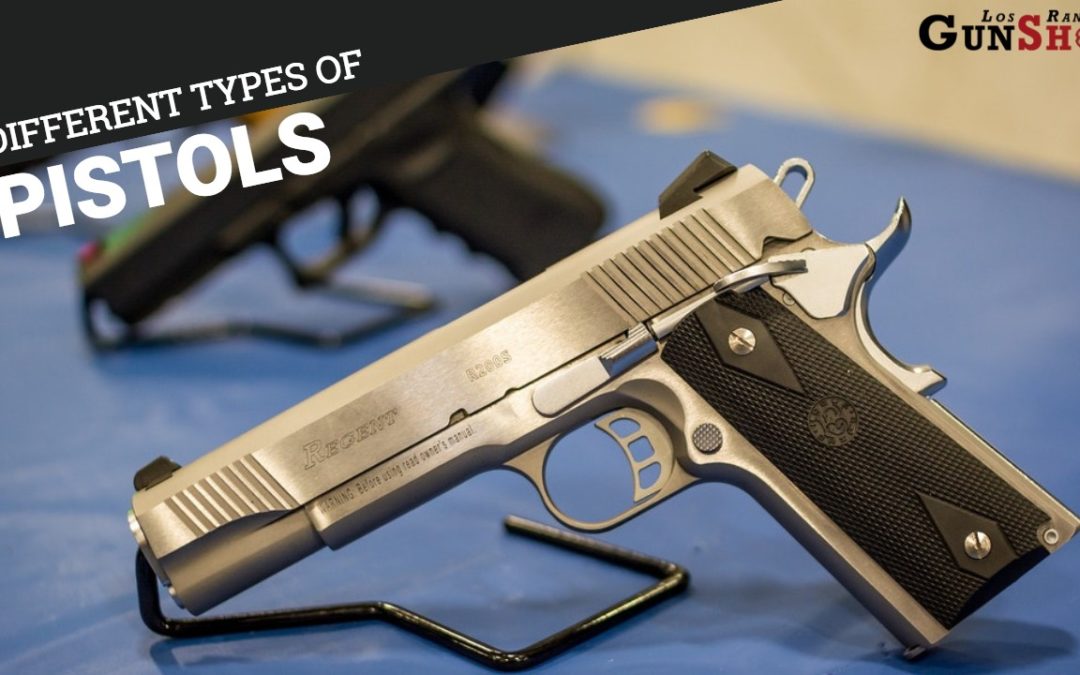 To the untrained eye, some special pistols can look more like rifles, because from end to end, they are much longer than a typical handgun. However, the technical definition of a pistol is really a handgun whose chamber is integral with the barrel, i.e., it can be held in one hand, it has a barrel less than 16 inches long, and it generally lacks a butt-stock to absorb shock and recoil. We have a wide variety of pistols in Albuquerque at Los Ranchos Gun Shop, both traditional handguns and some fairly unusual-looking pistols as well.

Pistols for every need

At Los Ranchos Gun Shop in Albuquerque, we make a point of carrying a really wide selection of modern sporting pistols, because sportsmen and women have a range of tastes and preferences for the specific kind of pistol they want. We carry smaller guns, such as a .380 caliber, and larger 300-Blackout pistols. You’ll also find modern sporting styles like the AR-15 and the AK-47 pistols here, if that’s your preference.
To many pistols, we can add a brace or a suppressor to dampen the firing sound made by your pistol, which will make your recreational shooting experience much more enjoyable and less physically punishing. We also have a wide variety of calibers in stock, from the very small all the way up to .50 calibers, and we stock a tremendous number of different brands and styles to accommodate every taste in modern sporting pistols.

You won’t find a better selection of pistols in all of Albuquerque than you will at the Los Ranchos Gun Shop, and you won’t get better service anywhere than at that same shop. We are dedicated gun enthusiasts ourselves, and we take great pride in making sure every customer at our shop gets properly assisted so the right purchase can be made.